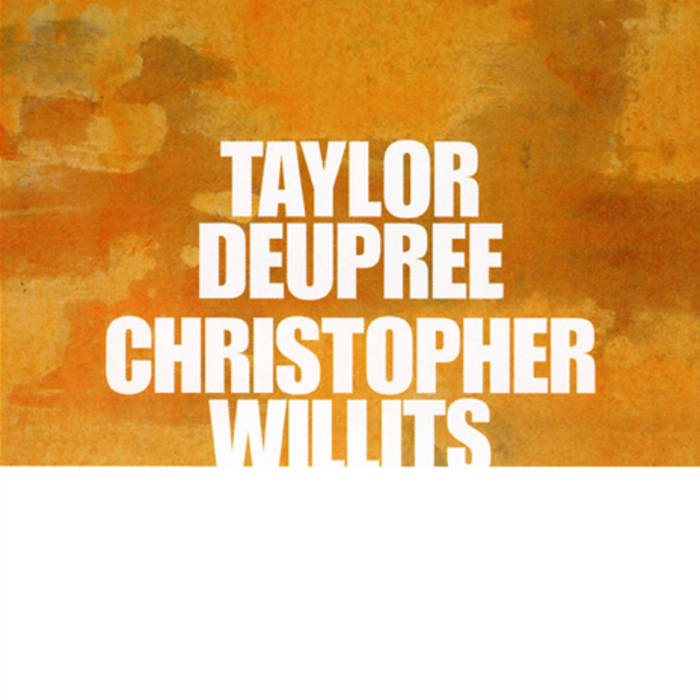 This music grew out of a late November 2002 performance and studio improvisation in NYC. Deupree's Stil. and Willits "Folding, and the Tea" had just been released on 12k, and a release party had been scheduled at Tonic in NYC. Willits flew in town for the show. The night was beautiful, and music was recorded. Later that week, Willits and Deupree set up a processing system in Taylor's Brooklyn studio. It consisted of Willits' guitar, folding through his own software system, and then resynthesized through Deupree's kyma processing. Jamming late into the night turned into hours of raw material.

Deupree and Willits then edited the recordings into 10 track foundations, and finalized the tracks individually, 3000 miles apart. The final CD contains excerpts from the live recordings at Tonic in NYC, and their favorite finished pieces from the original studio collaboration. You can trace each artist's solo approach to performance in their respective live sets, and hear how those methods, sounds, and processes blend together within the studio improvisations. The collaboration is a hybrid of Deupree's keen timing and sensitivity to the microprocessing of sounds, and Willits' folded guitar playing and flowing harmonic sensibilities. The CD drifts into new sonic territory for both artists, and establishes a foundation for Willits' new melodic arrangements and Deupree's growing interest in live instrumentation.